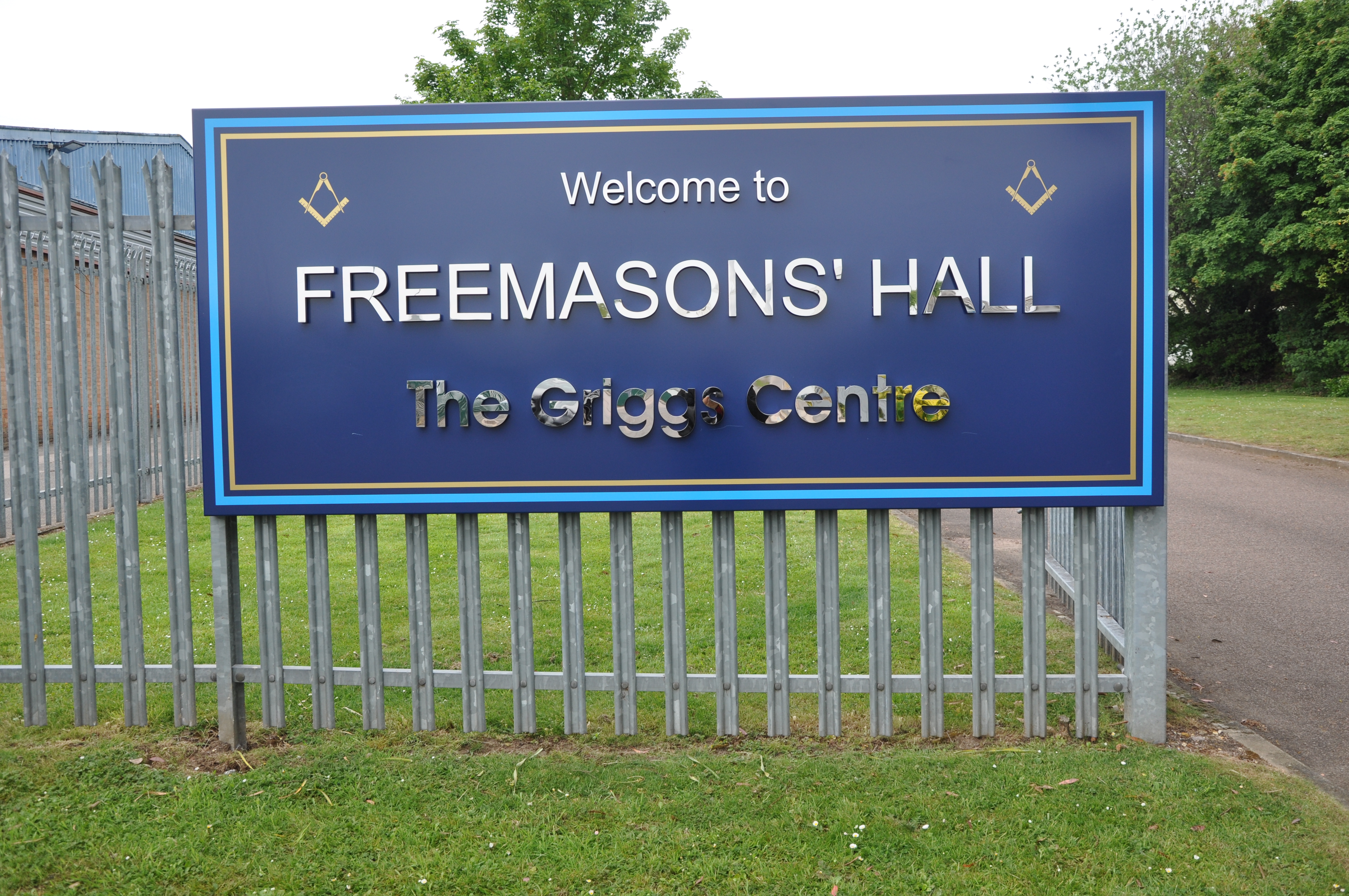 On Saturday the 21st of May 2022 the Annual Meeting of the District Grand Council of the East Midlands was held at Freemasons’ Hall, The Griggs Centre, Sheaf Close Northampton. 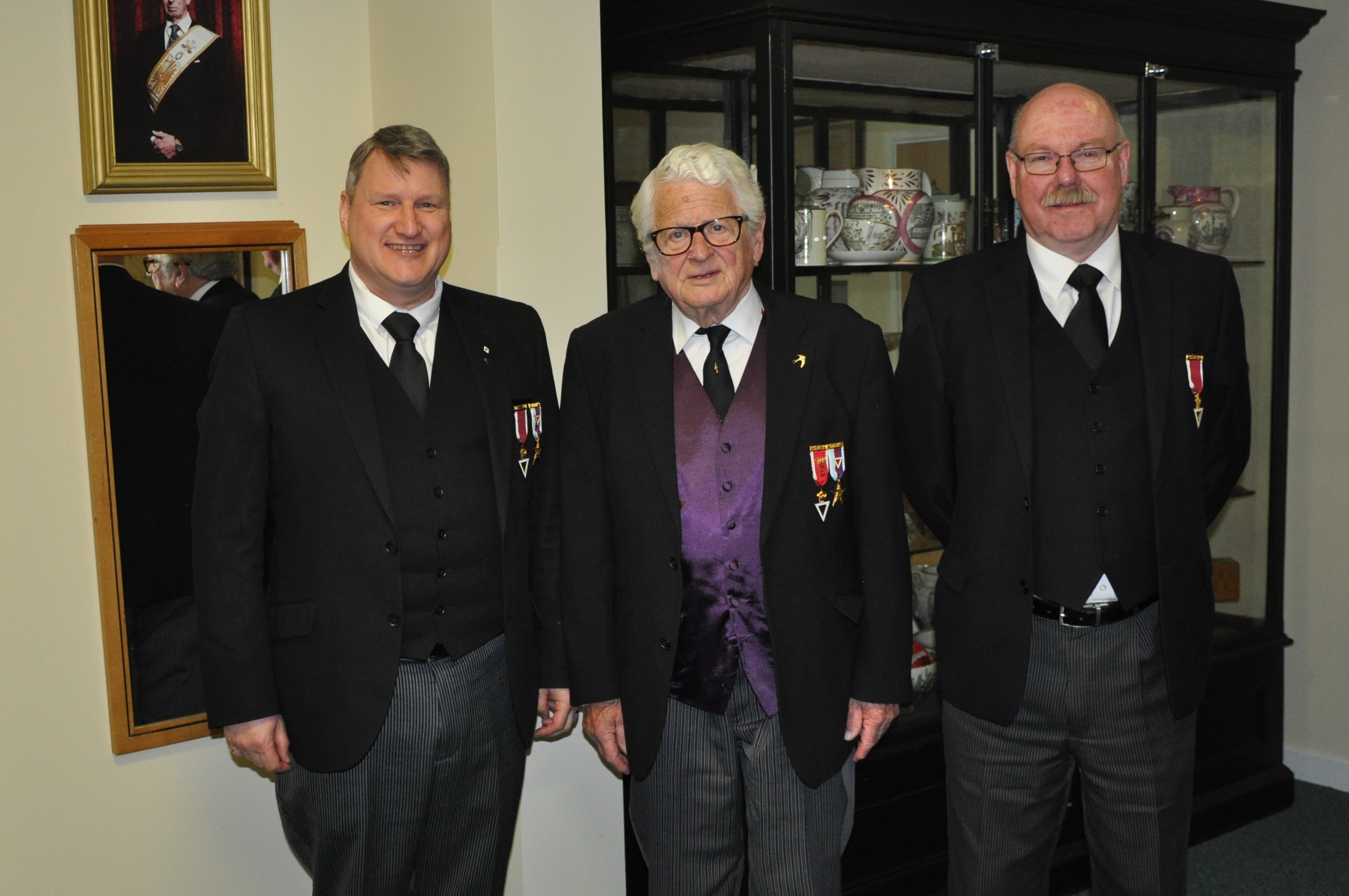 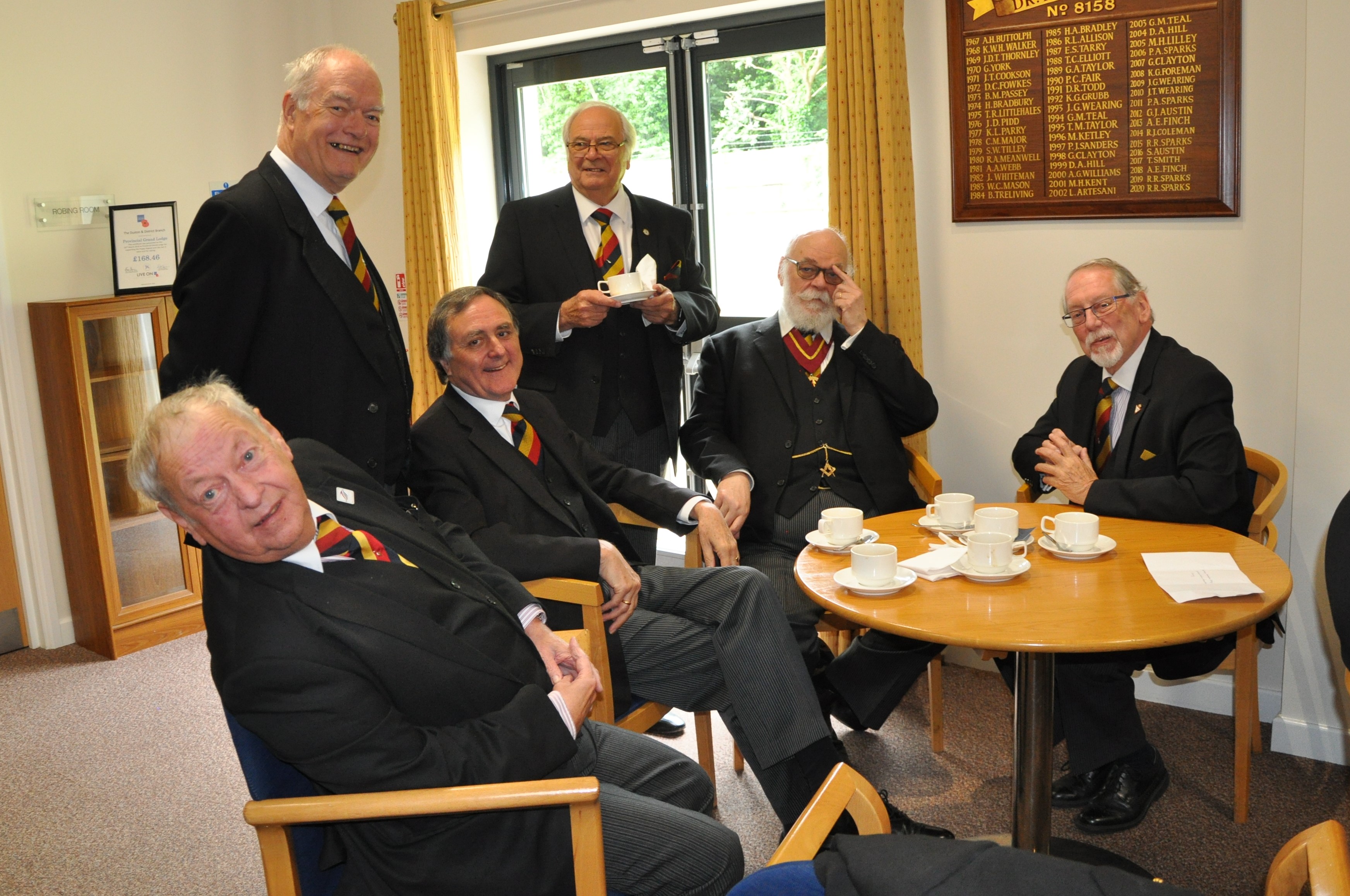 We all met up in the bar for coffee and a chat before getting ready for the meeting. 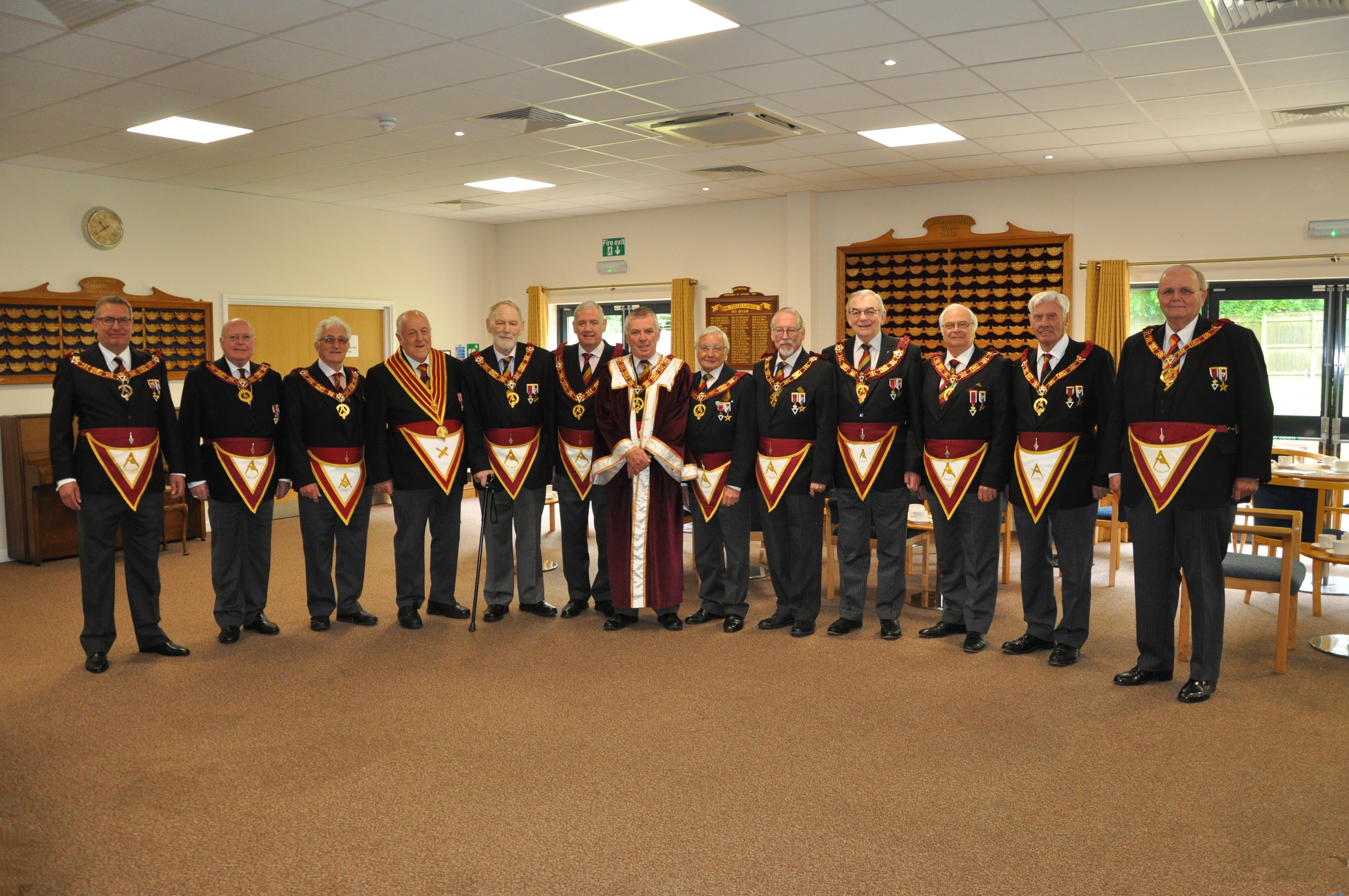 The meeting was very well supported by other Districts with 11 District Grand Masters attending, along with their Companions, plus four Heads of Other Orders. 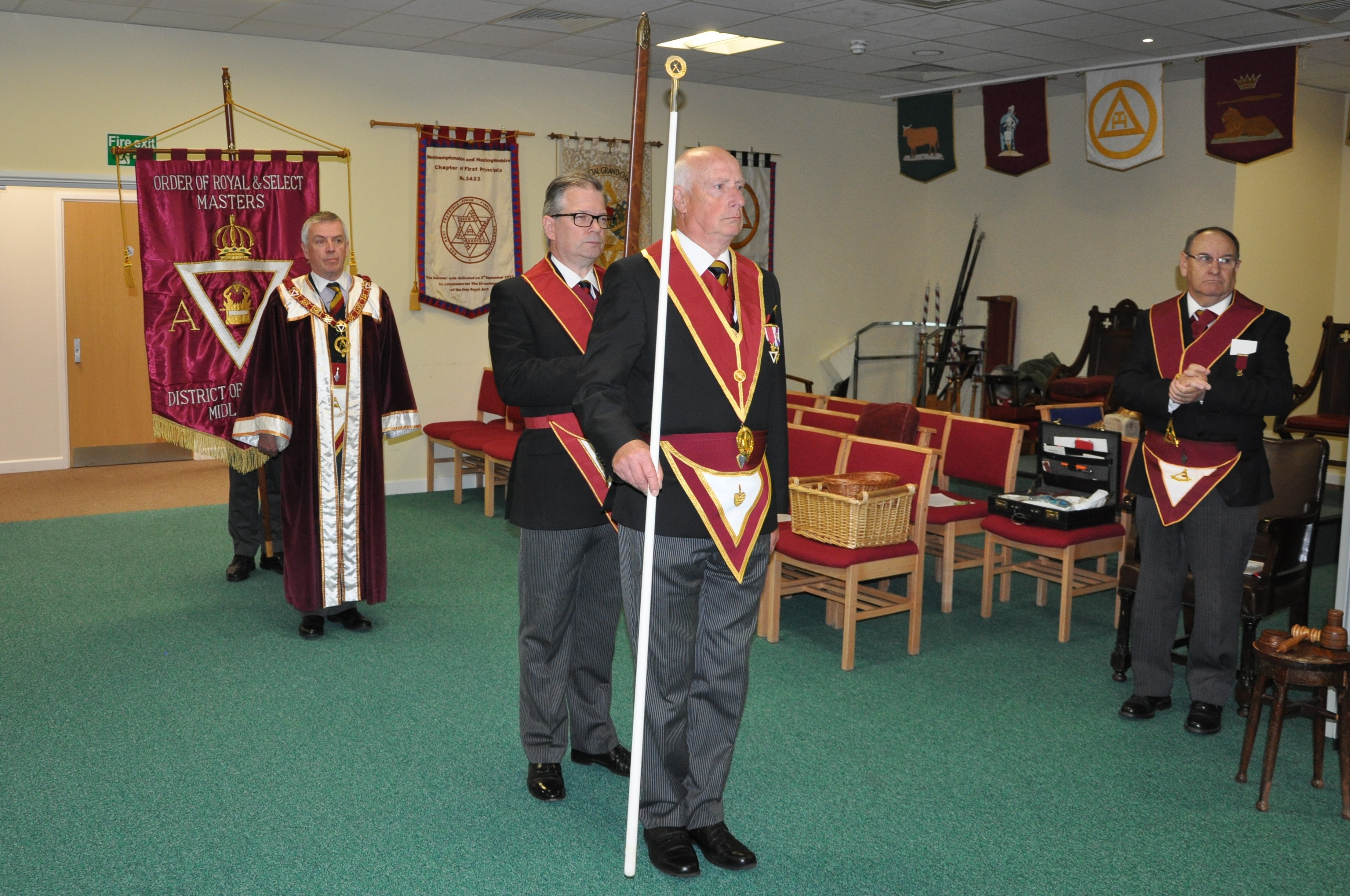 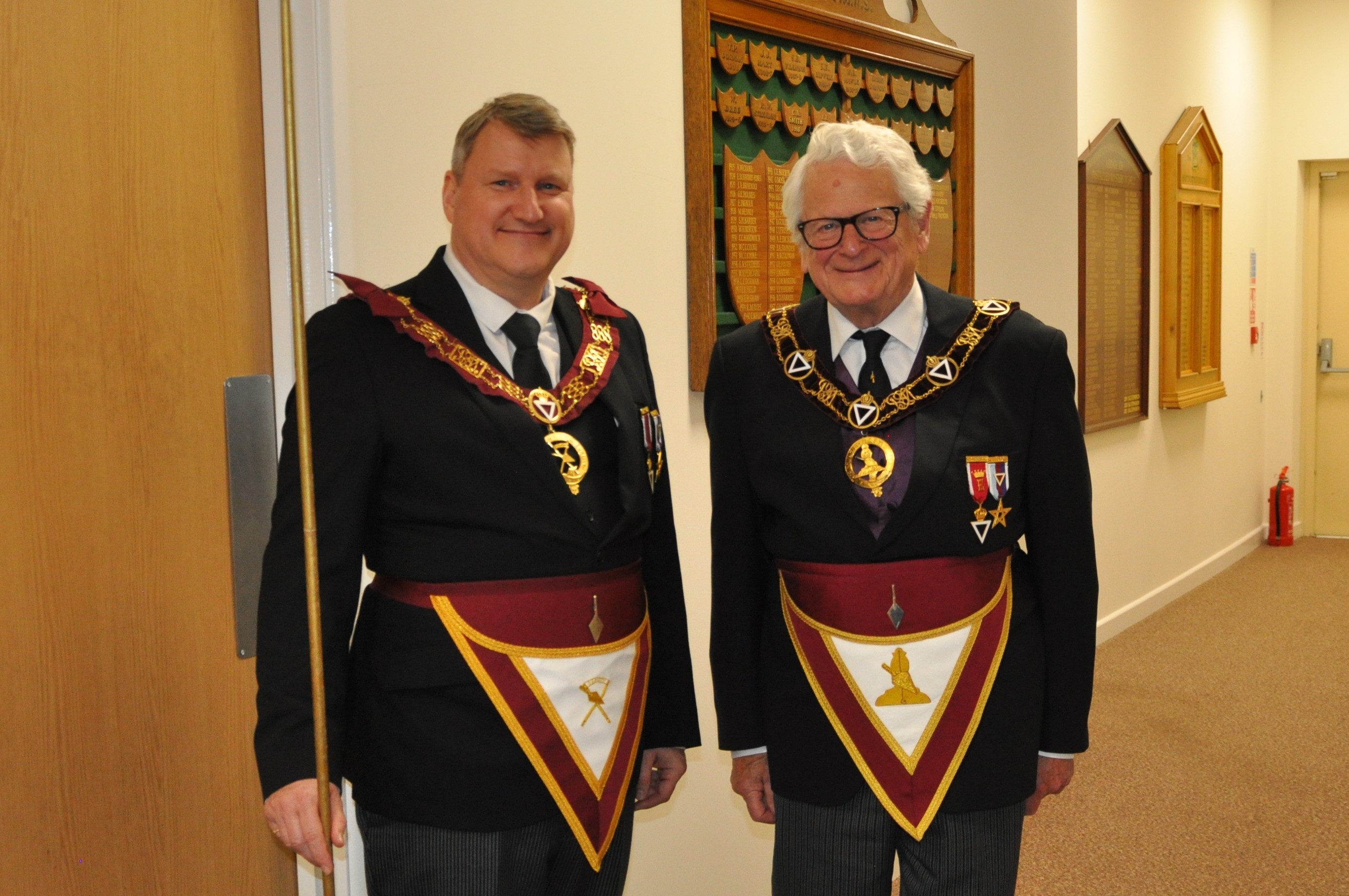 The Deputy Grand Master addressed District Grand Council saying how good it was to be in Northampton again.  He congratulated those who had received Grand Rank at the Grand Council meeting in April. 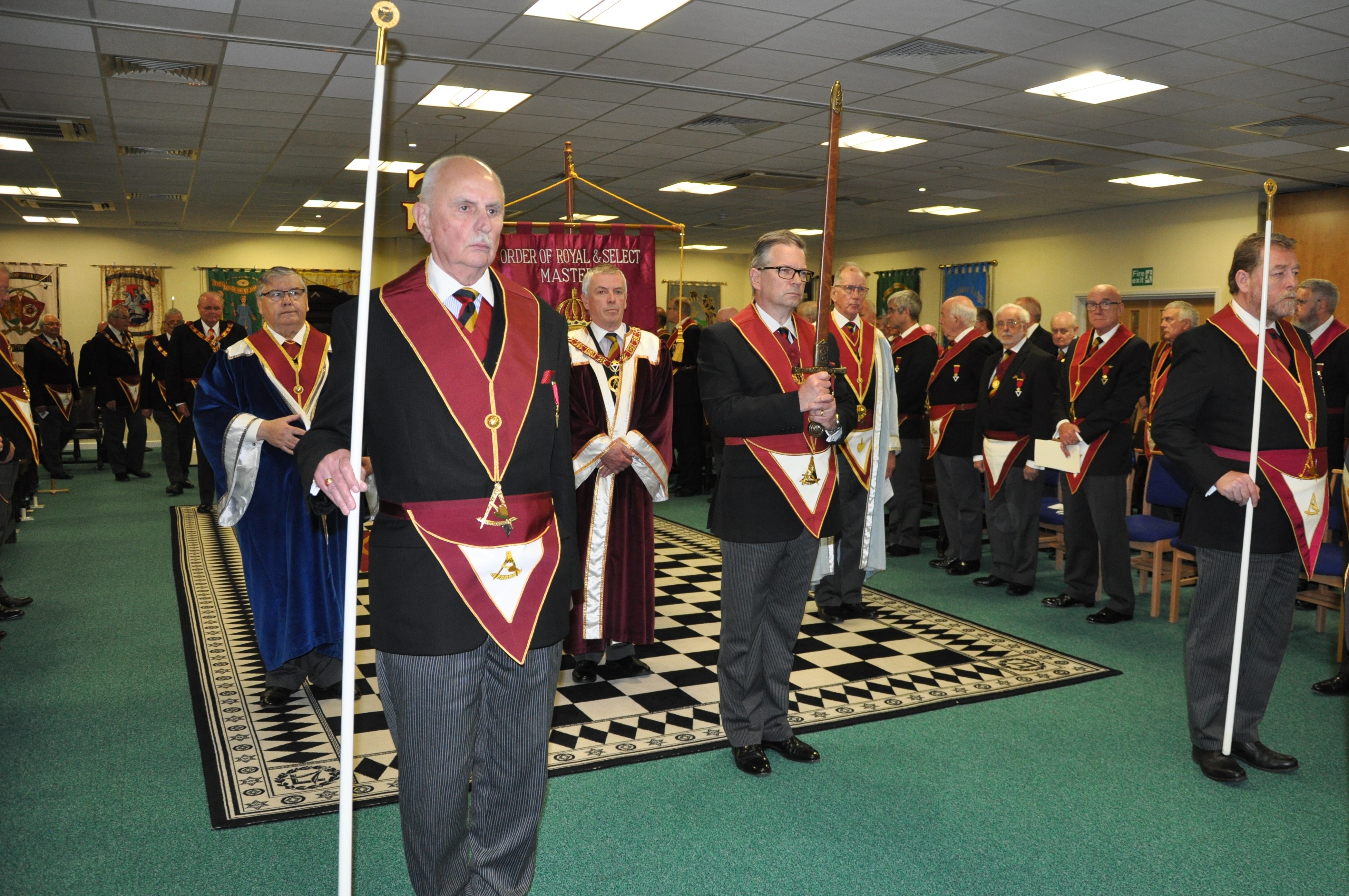 Afterwards R.Ill.Comp. Martin Wilson and his team returned for a photograph. 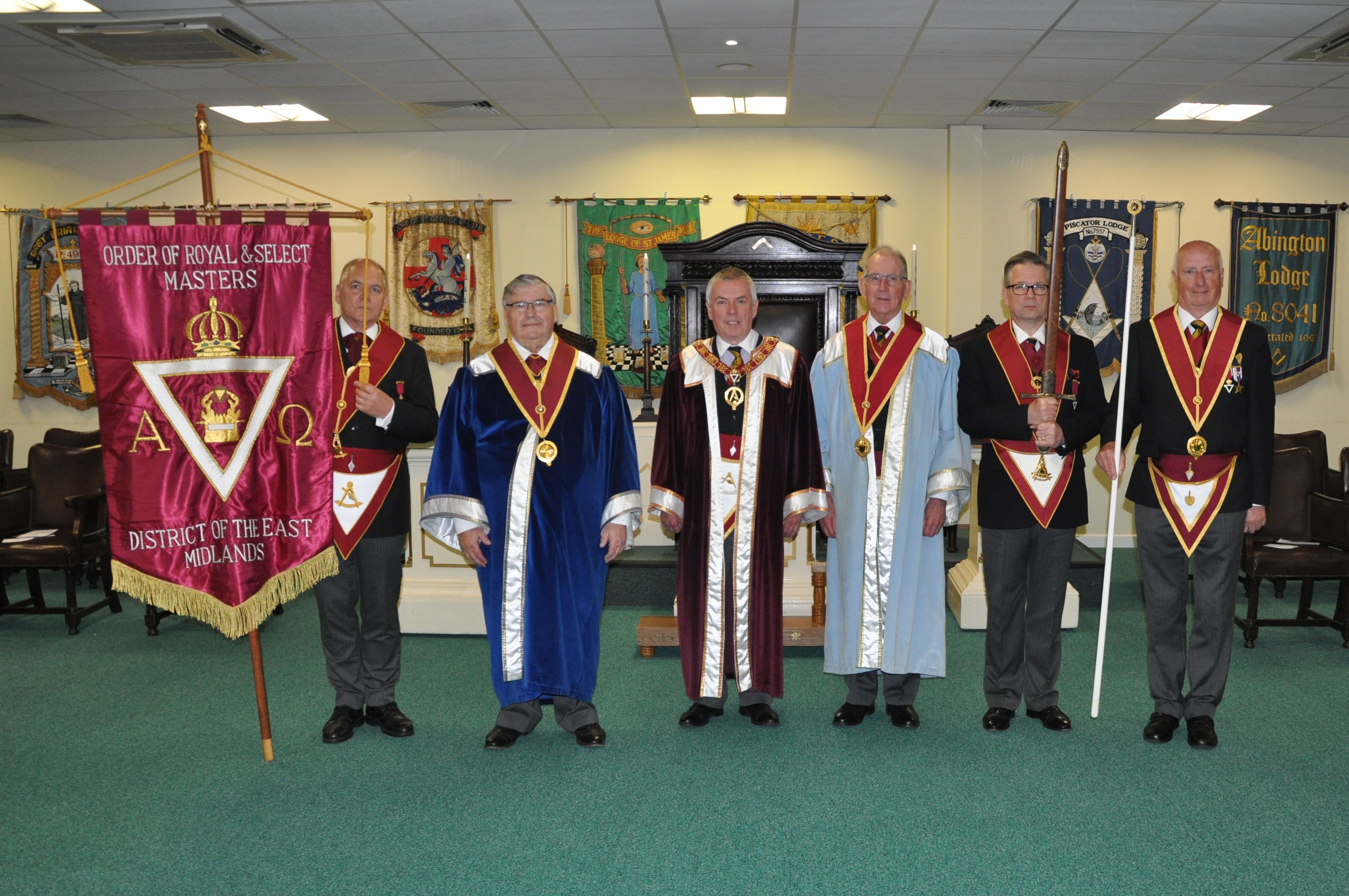 ……and then joined us for a Surrey/Sussex group photo. 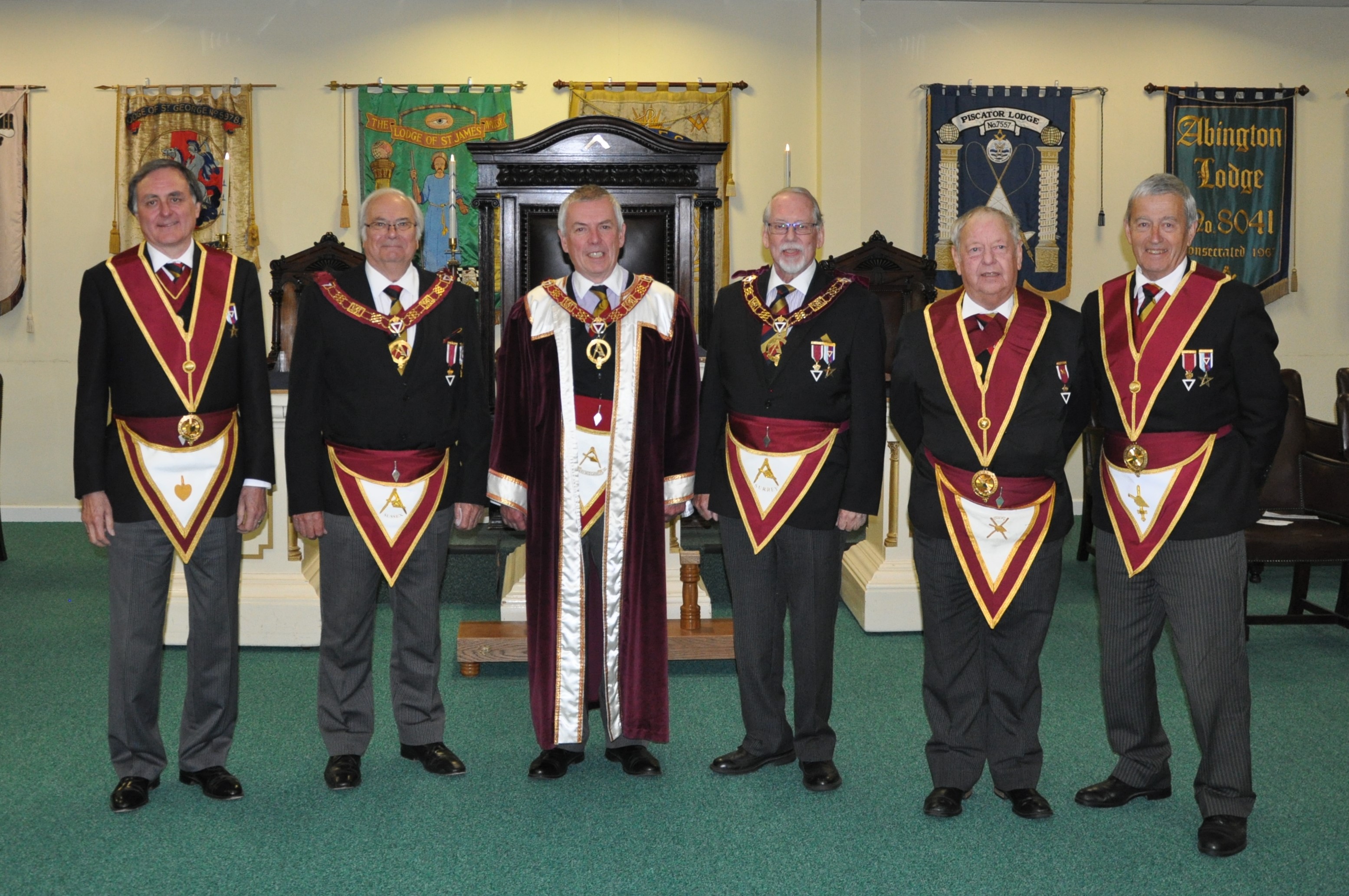 ……before we retired for pre-lunch drinks. 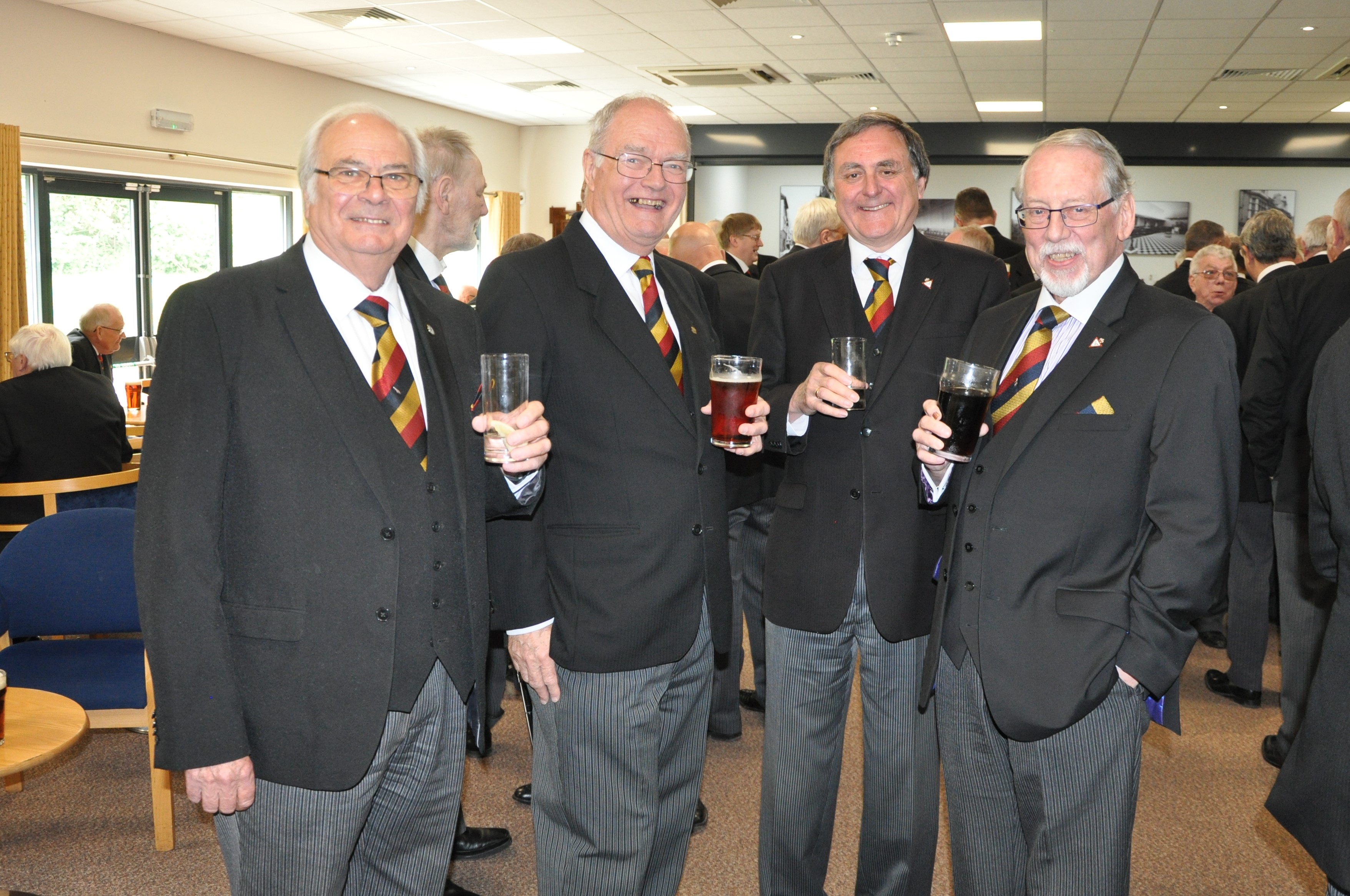 It was a very convivial lunch with good food and good company. 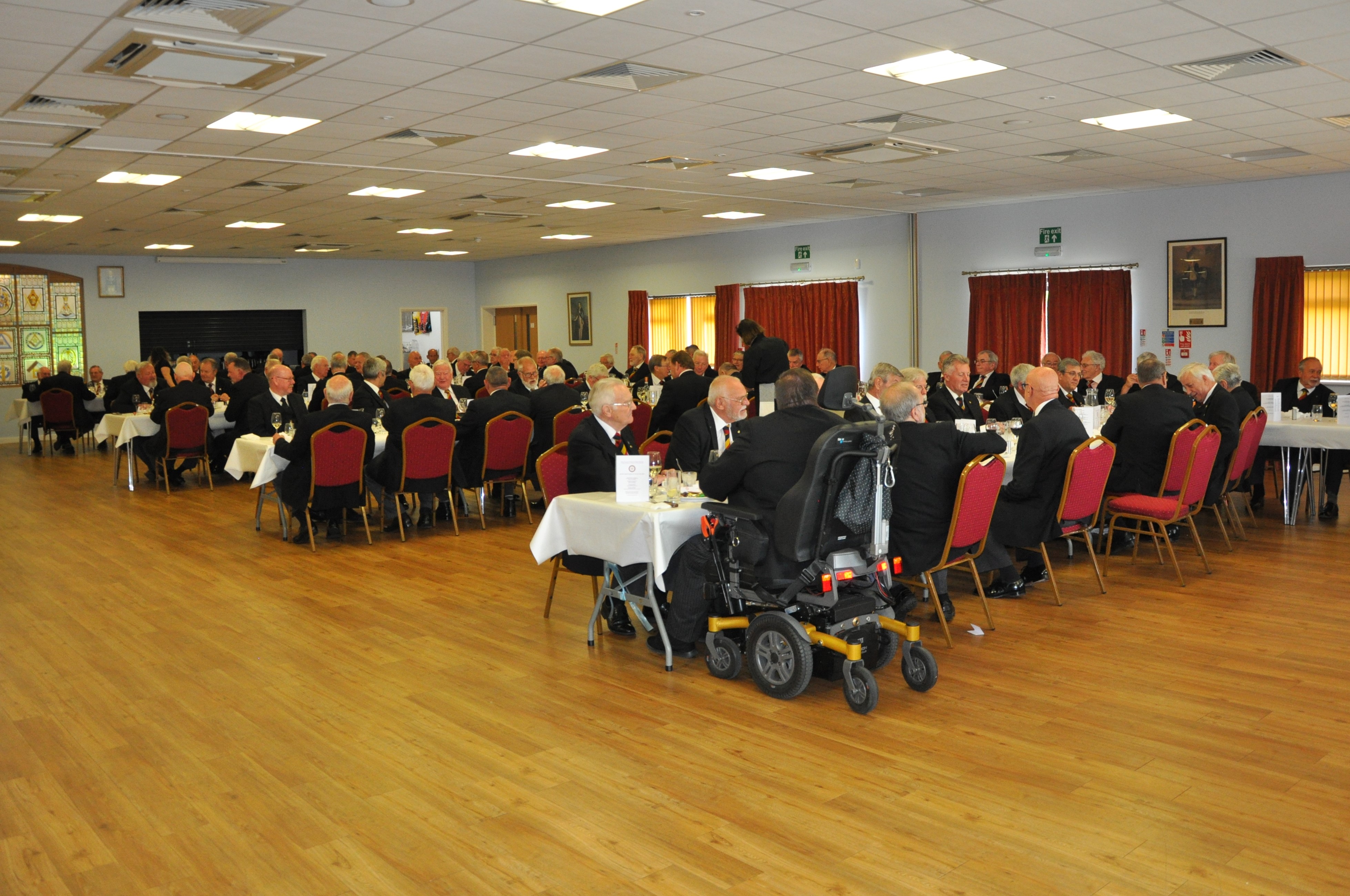 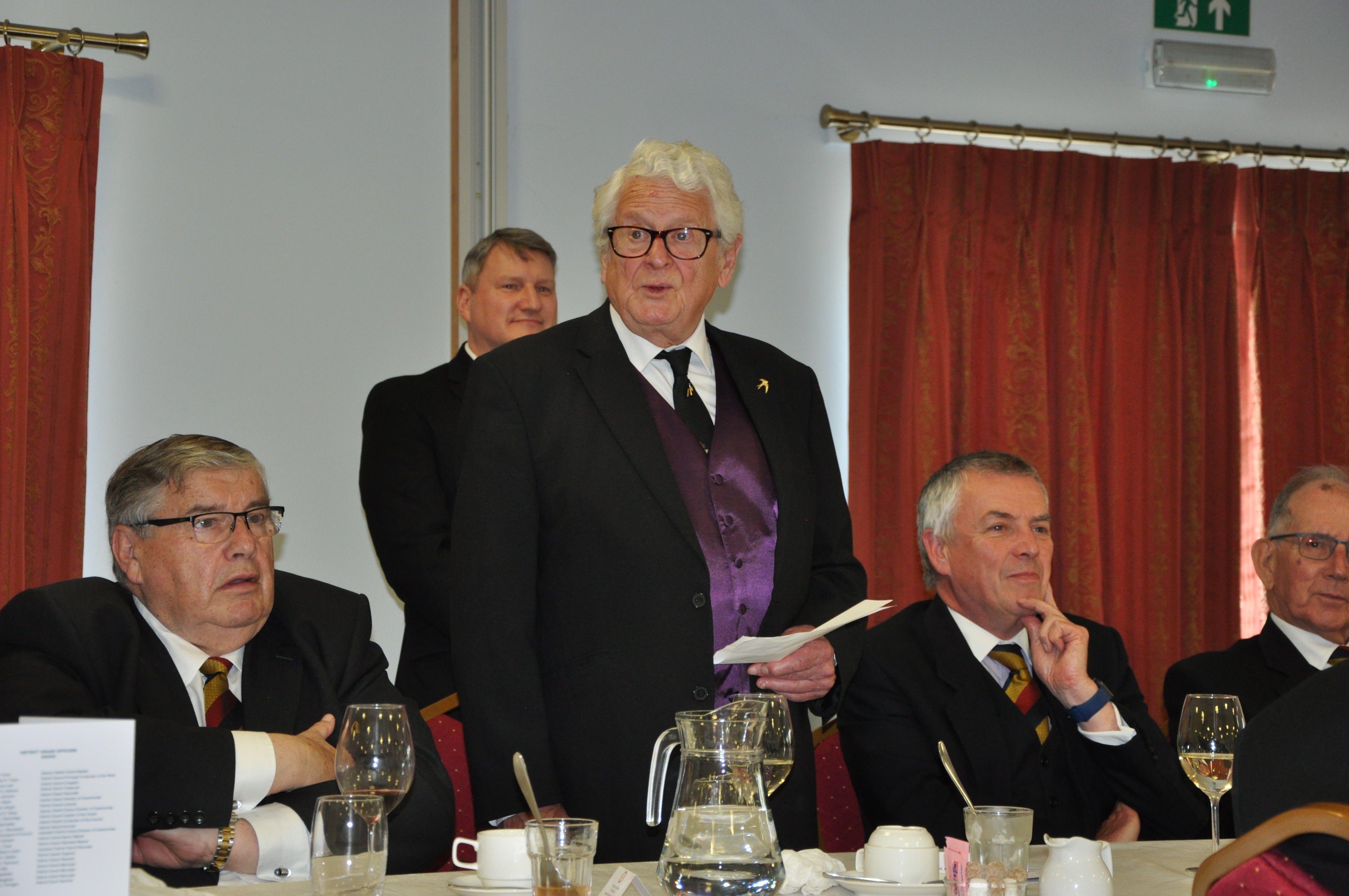 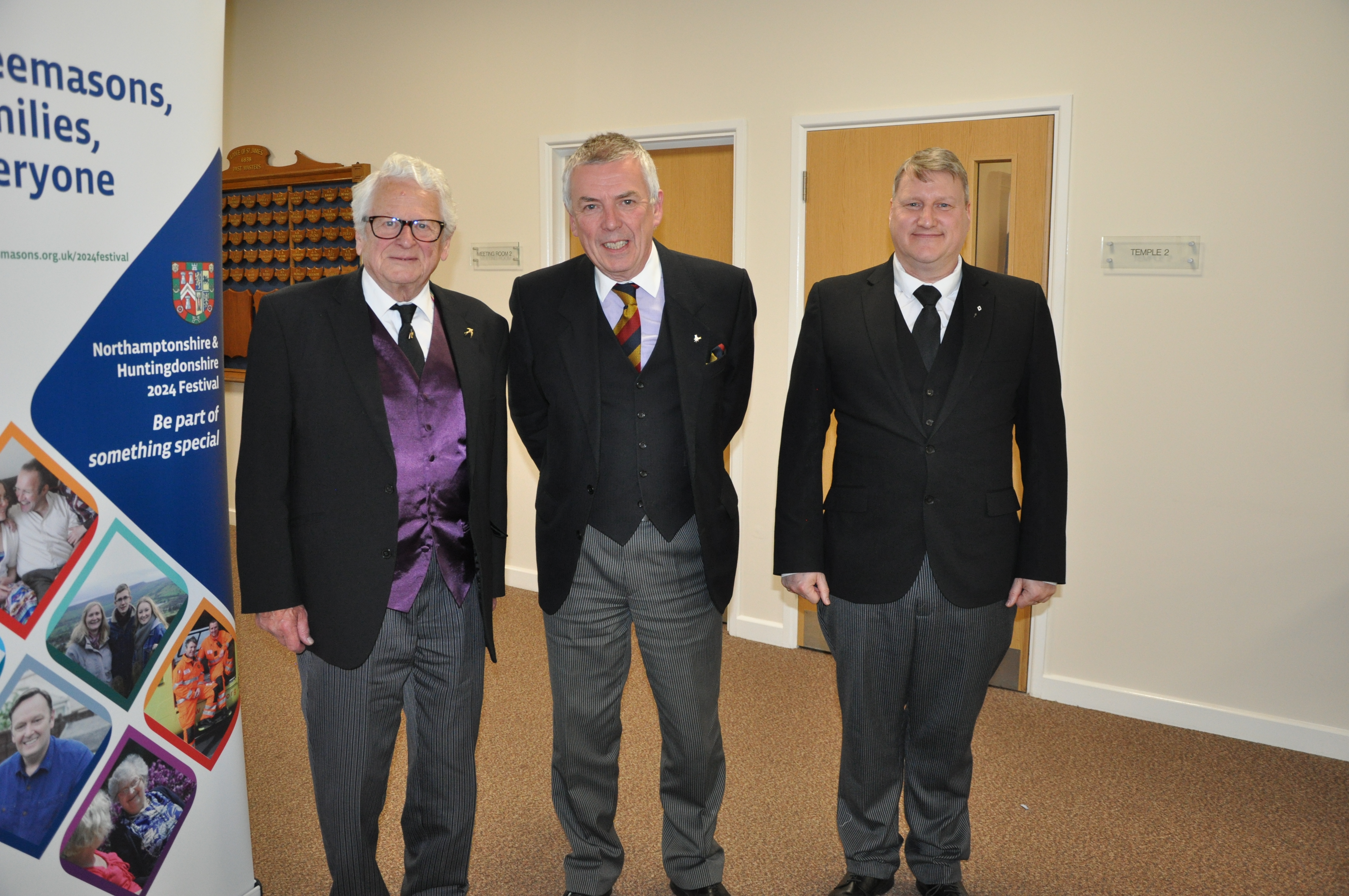 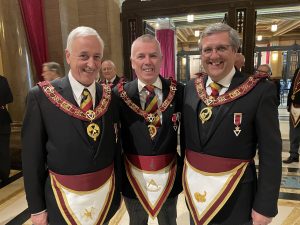 On Tuesday 19 April 2022 the Annual meeting of the Grand Council of Royal & Select Masters was held in the Grand Temple at Freemasons’ Hall London.  Companions of the East Midlands District to receive preferment were: 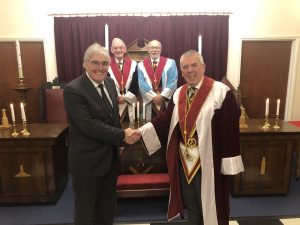 Companion Clive then took the Royal Master degree at which Illustrious Companion Kyle Whitbread took the chair as well as explaining the signs.  The History of the degree was presented by Companions Robert Curson, Tony Green, Steve Joyce and Allen Worrall. 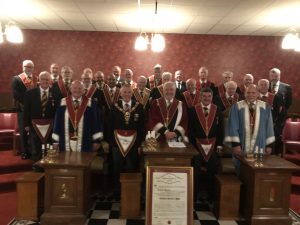 On Friday 3 September, Carillon Council No 267, met at Loughborough Masonic centre for its Installation meeting.

This was the first Council in the East Midlands District to hold a physical meeting since the lifting of the suspension.

Ill Comp Brien Emerton installed Comp Philip Marshall, Provincial Grand Master of the Craft for Nottinghamshire, into the chair, a ceremony that should have taken place in September 2020 but unfortunately delayed due to the Pandemic.

The Companions assembled after the meeting to have a photograph taken and by the looks on there faces they were all very pleased to be back at a physical meeting.

After the ceremony the District Grand Master congratulated the newly Installed Thrice Illustrious Master on reaching the chair of the Council. (Click on link below)
DGM & TIM 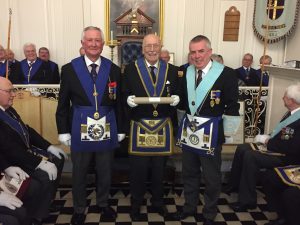 Right Illustrious Companion Alan lives on the Isle of Man and only comes over to the mainland on odd occasions so it was proving to be difficult to present him with his certificate at a Council meeting within the District.  Right Illustrious Companion Alan is a member of Charles Hebert Perram and Northampton Councils as well as being an Honorary member of Towcester and Leicester Councils.

A very happy festive board followed the meeting with the Worshipful Master taking wine with Cryptic Masons present which to his surprise was almost half the room.