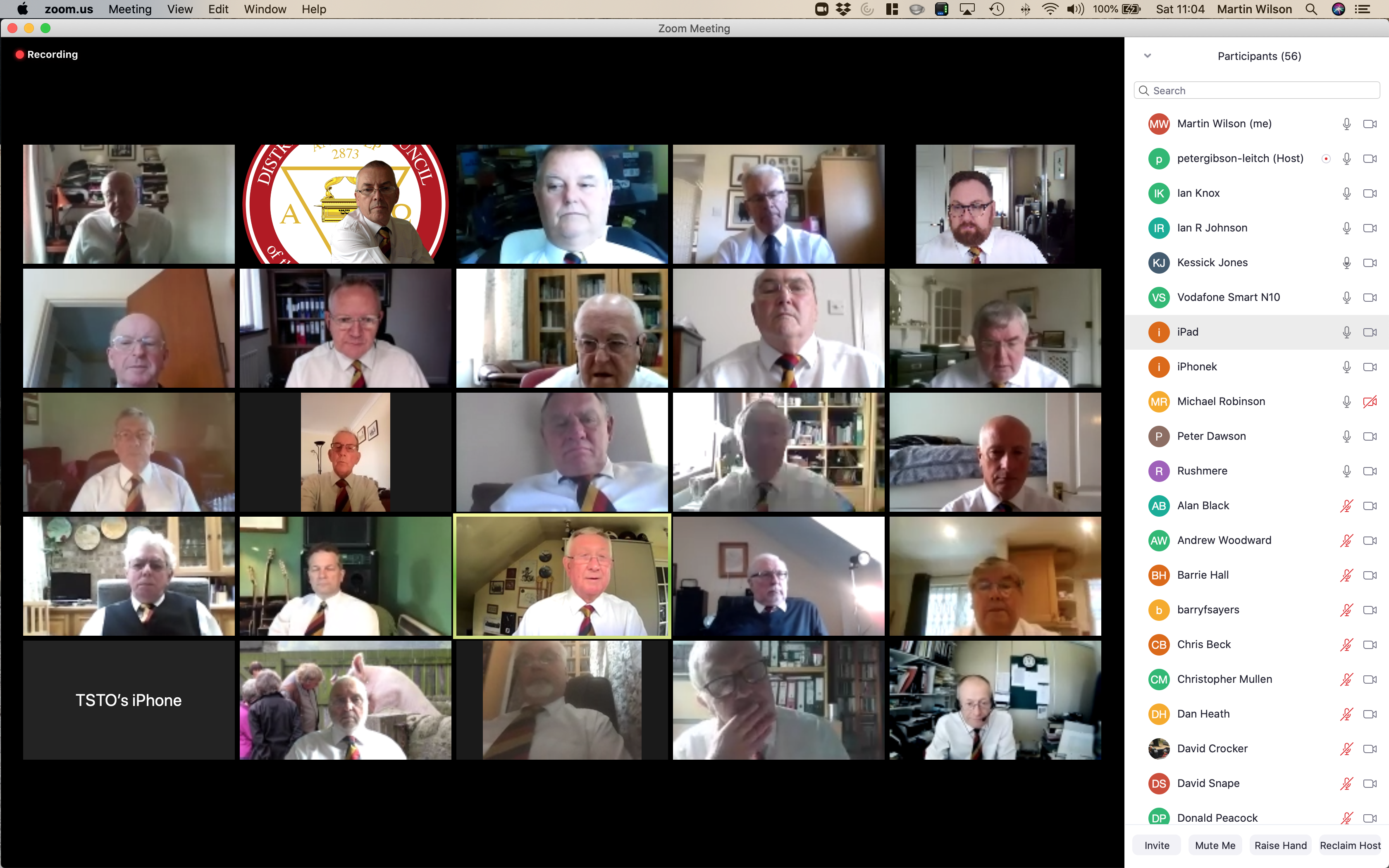 On Saturday 26 September the East Midlands District for Royal & Select Masters held a Virtual Business Meeting in place of the Annual District meeting.

A total of 56 brethren logged into the Video Call and the District was honoured by two special guests in the persons of Most Illustrious Kessick John Jones, Grand Master, and Illustrious Companion Dan Heath, Assistant Grand Recorder.

The business of the meeting took place which included the approval of minutes from the last District Meeting, Annual Accounts, Election of the Treasurer, Auditors and members to the Executive Committee.

The District Grand Master then announced that the District would not be charging any Annual Dues as a result of the Councils not having met since the very early part of the year and to ease any potential financial burdens that they find themselves in later in the year.

The District Appointments were confirmed and the Grand Master stated that he wished to congratulate those members and also those that had received Grand Rank earlier in the year although Grand Council had not been held.

Following a brief address the District Grand Master then closed the meeting. There was a brief interlude and members then came back together for a social gathering with a suitable liquid refreshment.